The Department of Biology was initiated in 1981, when the Governing Council of the University invited Profs. F.C. Kafatos and V. Nafpaktitis to join the faculty, on joint appointments (with Harvard University and University of Southern California, respectively). The first two professors organized the new Department along modern lines, into two Sections reflecting broad levels of biological organization rather than traditional disciplines (Zoology, Botany, Microbiology, etc): Section A included Biochemistry, Molecular Biology, Cellular and Developmental Biology, and Section B included Biology of Organisms, Populations, Environment and Marine Biology. Another initiative, novel for Greece, was to add a section devoted to applications of the Life Sciences: Section C included Biotechnology and Applied Biology. This original plan envisaged a collegial faculty structure, representing a radical departure from the then prevalent Chair system. Its implementation became effective the following year, with the adoption of a new law by the Greek Parliament, reforming higher education along similar lines.

In terms of subject matter, the original plan envisaged emphasis on selected areas of Biology in which a critical mass of internationally competitive faculty could be attracted, and which offered the possibility for the new Department to play a pioneering role in the Greek University system. Among these focal areas were Molecular Genetics, Cell and Developmental Biology, Marine Biology, Applied Biology and Biotechnology. This emphasis was reinforced by the creation of two Research Institutes, independent of but in close collaboration with the Department of Biology. These institutes (IMBB and IMBC) offered important research opportunities for faculty members in the respective areas of interest, and made possible the foundation of an organized Graduate Programme. As the Department grew, it expanded its coverage in the areas of Biochemistry, Physiology, Ecology, Evolutionary Biology and Microbiology, thus permitting the development of breadth as well as depth in the curriculum and the research programme.

Since 1982 a significant number of new faculty members was added to the Department through selection by an international committee of distinguished Greek biologists from the European Union and the United States. Once the Department was large enough, it became independent in electing its faculty and setting its own educational policies.

Reflecting its emphasis on scholarship, the Department began its educational activities in 1983 at the graduate programme level. The Graduate Programme, was modelled after similar programmes in the U.S. and included a full course curriculum, laboratory rotations and qualifying examinations. The first undergraduates were admitted in 1987. Today the Department of Biology has 28 Faculty members with 2 more positions in the process of candidate selection adjunct instructors, 8 laboratory assistants, an English instructor, about 328 undergraduate students and about 172 graduate students. 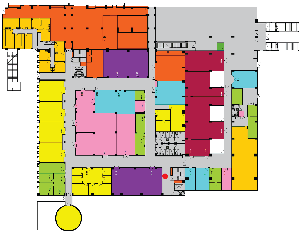 The Department of Biology of the University of Crete was established in 1981 and is today an internationally recognized center for contemporary university education and research in the field of Biology.